LiteLoader is a mod loader for Minecraft with a large amount of modifications that you can add to your game. While not as popular as forge, its still definitely a viable option to add some extra spice to your game. It's also meant to be lighter than forge with things such as CPU and RAM usage on your computer. You can view all the available mods for LiteLoader here: http://www.liteloader.com/mods First you'll want to run the Minecraft launcher, and once you're in there install the version of Minecraft you'll be installing LiteLoader on. Liteloader can only be installed on existing game versions, but it will create a new instance after installation instead of just taking over the current one. In this guide 1.8.8 LiteLoader will be installed, so a 1.8.9 game version must be installed to the client. 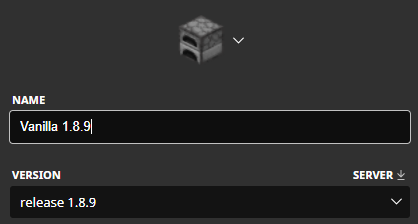 Once you've installed the game version onto your Minecraft you'll want to get the LiteLoader installer. You can find that at the following link: http://www.liteloader.com/download Since we're installing LiteLoader we're going to move over to the "1.8" section and select "1.8.9 Snapshot". This install is being run on windows, meaning that the ".exe" file is going to be run, however if you are on something that does not support .exe files there is an option for a .jar as well. Now that the installer has been downloaded you'll want to open the installer and it should look similar to this: 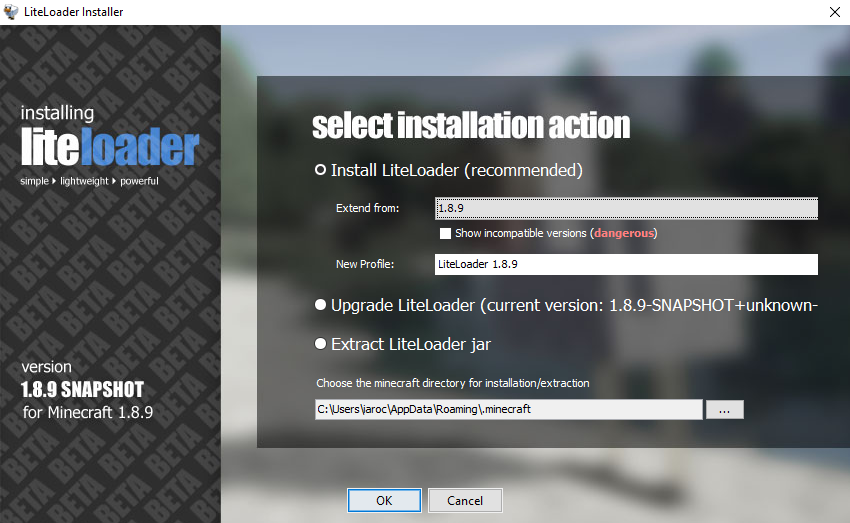 After getting to this window ensure that the directory listed at the bottom is the correct directory for your .minecraft folder. If it is, you can now simply click "OK" and it will finish the installation of LiteLoader. Now you can go to your Minecraft launcher and select your LiteLoader profile to launch LiteLoader! After installing forge to your client you'll now want to open LiteLoader. Now once its open, you'll want to tick "Show incompatible versions" and click "OK" on the popup, then select your forge profile under the "Extend From" dropdown. 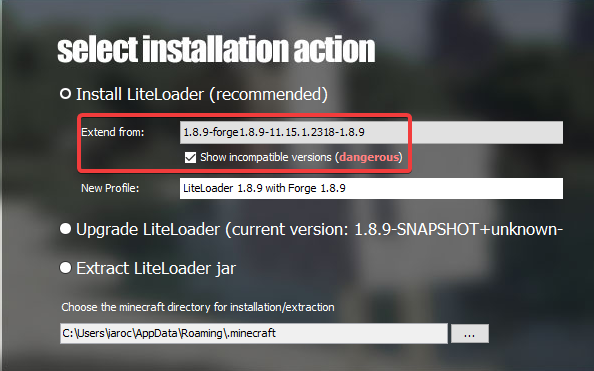 Now click "OK", let it install, and boot up your Minecraft launcher to select your profile with both Forge and LiteLoader installed.

Was this article helpful?